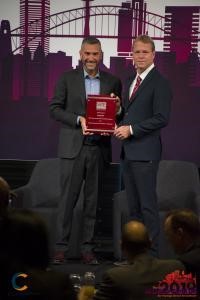 Also receiving the award for the same region was Essential Costa Rica, the IPA for that country.

InvesTT  was also judged   the Top “Global Best to Invest” Location in the Caribbean.

According to a report on  InvesTT’s web site, company Chairman Phillip Snaggs collected the awards  from Site Selection’s publisher Adam Jones-Kelly in Sydney, Australia at the Forum in Sydney, last June.

In doing so, Snaggs expressed the view that Trinidad and Tobago being ranked as the best Investment Promotion Agency in the region “clearly shows  that our country has made great strides in creating a business environment that is attractive to foreign investors”.

InvesTT, the national Investment Promotion Agency of Trinidad and Tobago  has been the recipient of the internationally recognized award on two prior occasions, the first in 2015, just two years after the IPA’s establishment and the second in 2017.

InvesTT is a state agency of the Ministry of Trade and Industry. 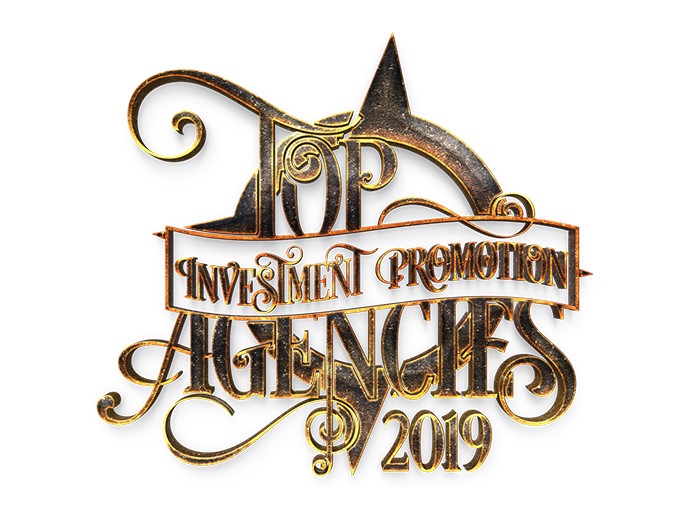 The Awards are based on the findings of Site Selection Magazine, an internationally circulated business publication covering corporate real estate and economic development. Its   stated  editorial mission is to publish information for expansion planning decision-makers — CEOs, corporate real estate executives and facility planners, human resource managers and consultants to corporations.

In arriving at its decision to make the awards which are allocated on a regional basis across the globe, Site Selection Magazine said it reached out to 1,000 experts around the world, corporate decision-makers and site consultants, surveying them on “which agencies they believed to be the very best in the business”

Writing about the awards in the June issue of the magazine, publisher Adam Jones-Kelly heaped praise on IPAs for the great contribution he saw them making to their countries’ economies.

Pointing to today’s  world where “technology and access to limitless data have seemingly conspired to make business more impersonal and dispassionate”, Jones-Kelly saluted the people of the  IPAs for the yeoman service they are doing for country.

He wrote: “In such a dehumanizing world, it’s more critical than ever to recognize the all-too-often underappreciated human beings in investment attraction, the heroes who work tirelessly, out of the limelight, for economic growth and creation”

According to Kelly: ”Their whole job, their whole reason for being, is to improve the lives and livelihoods of the people they serve. What these folks do matters. Their work is absolutely essential to every community, in every city, in every nation”.

InvesTT Limited was established in 2012 as Trinidad and Tobago’s  national investment promotion agency aligned under the country’s Ministry of Trade and Industry.

In its vision statement entitled “Trinidad and Tobago : A sustainable Diversified Economy”, the company says  its overarching goal  is “to implement government investment policy, act as the point of access for potential foreign investors in all sectors of the economy as well as to facilitate all requirements, including regulatory approvals necessary to establish a business”.

InvesTT notes that while much of Trinidad and Tobago’s foreign direct investment (FDI) inflows enter  the oil and gas industries, “the objective of the IPA is to assist the government in its thrust to diversify the economy by attracting FDI into non-energy industries”.

In his article in “Site Selection” magazine, Kelly sees IPAs such as InvesTT as  agencies ensuring provision of essential for their country.

Their work puts food on the tables of families.

Their work ensures the next generation enters the future with equal parts of hope and opportunity.

Their work is critical to the economic well-being – to the future – of the regions they serve. They deserve to be celebrated, and in this section we laud the best of them”.

InvesTT says that  its role as an IPA  in diversification is to scan the local environment for lucrative investment opportunities and promote them to foreign and local investors. It is also set up to make it easier for investors to establish and/or expand their business in the country by providing pertinent business information, creating value chain business linkages and acting as the liaison between the investor and government entities e.g. Town & Country Planning Division, the Environmental Management Agency, the Commission of State Lands, Immigration Division. 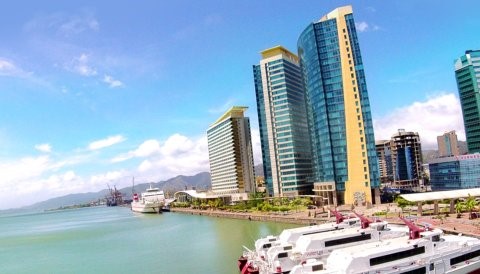 A view of the Port of Spain International Waterfront Centre – home of InvesTT Photo: InvesTT

In accounting for its performance as the country’s IPA, InvesTT has stated on its web site that “it continues to provide the right support to local and international investors seeking to invest or expand business operations in Trinidad and Tobago”.

Since its inception in 2012, the IPA has facilitated a total of 117 site visits and secured 25 investment projects with a total value of TT$3 billion. With eight investment projects closed in fiscal 2017-2018, InvesTT surpassed its target for that year by 100 per cent.

InvesTT  revealed that  the investments closed in 2018 are from companies operating within the Manufacturing, ICT, Maritime, Agro-Processing, Services and Creative Industries, which have been targeted by the Government for growth and development in its overall economic diversification strategy.

In moving forward, InvesTT says:   “The IPA continues steadfastly on its mission to attract, facilitate and retain investments in Trinidad and Tobago and has already set itself to achieve greater heights with an active pipeline for Fiscal 2019.”