Trinidad and Tobago’s National Security Minister Stuart Young displayed keen political adroitness over the past two weeks by making pronouncements which threw the  Opposition United National Congress (UNC) into a state of  jitters at a time when they were demanding his resignation as the man responsible for this country’s spiralling crime rate.

The Opposition has been calling for Young’s head against the background of the  twin-island Caribbean democratic republic having recorded 538 murders or its second highest number in 25 years in 2019 with indicators given for a similar trend in the first two weeks of 2020.

At a post-Cabinet news conference on Thursday January 16, Young alluded to analysis and intelligence work into the recent spike in murders and shootings outside the realm of the usual gang activity as an indicator that “there are certain people in our society who want to create the impression and create a sense of fear and create a sense of panic in Trinidad and Tobago about what they call the runaway rate of crime…”

He also confirmed to “Express” Reporter Ria Taitt a statement he had made previously about his concern about sitting members of Parliament having meetings with the country’s criminal element.

“That does remain a concern  to me and that should be investigated by the authorities”, the National Security Minister said. He repeated similar sentiments  in a television interview (CNC’s “Morning Brew”) and in media releases from his ministry. 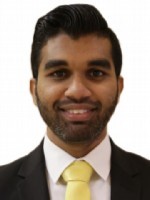 Despite not calling names, Young’s statements appear to have pushed the UNC into a curiously defensive mode with Opposition Senator Anita Haynes charging that he had  signalled a People’s National Movement (PNM)-government plan to have certain Opposition MPS arrested before general elections due in nine months.

Asked by the “Trinidad Express” on whether she thought the in­tent (of the PNM government) was to have Op­po­si­tion MPs be­fore the courts lead­ing up to this year’s gen­er­al elec­tion, Haynes was reported as saying:

“Ab­solute­ly! That is ba­si­cal­ly the trend that they would have been go­ing down.”

In the light of Opposition protest, Young – a very experienced lawyer – was quick to point out to host  Hema Ramkissoon on CNC3”s “Morning Brew”:

“I did not call any names and it was very timely and very interesting  who decided to rush out  and who decided to engage it when no fingers were pointed on my part”.

In a statement immediately following the National Security Minister’s claims on January 16, the Opposition UNC described Young as a danger to democracy and unfit to hold any public office in Trinidad and Tobago.

According to the UNC: ”We wish to remind Young et al that the post-Cabinet briefing ought to have been used to tell the nation of the mayhem we have been witnessing; instead we got dangerous political propaganda showing Young is not fit to hold any office”. 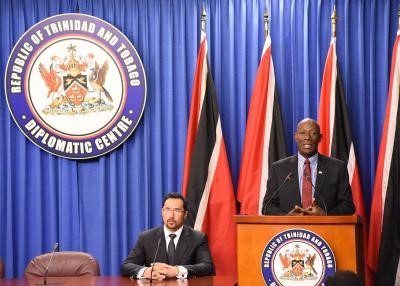 At a news conference called by the Opposition on Friday January17, UNC Senator Saddam Hosein said the responsibility for crime was “bolted” to Young’s chest and could not be escaped.

In taking this approach, the UNC conveniently avoided paying attention to what was a painstaking, responsible   effort by the National Security Minister to build the context into which he located his statements.

At the Post-Cabinet media conference, Young had noted that  analysis and intelligence by National Security  agencies pointed to  a red flag in  spikes in  killings and shootings occurring  outside of the usual realm  of young criminals killing one another in gang warfare – which accounts for 70% of the crime problem.

“Towards the end of last year, in the last 20 days of 2019, there was  sudden spike in the number of homicides in Trinidad. Prior to that,  there were a number of incidents taking place with homicides as well as sporadic and what appeared to be random shootings at persons who are not involved – as far as we are aware – in criminal activity”. 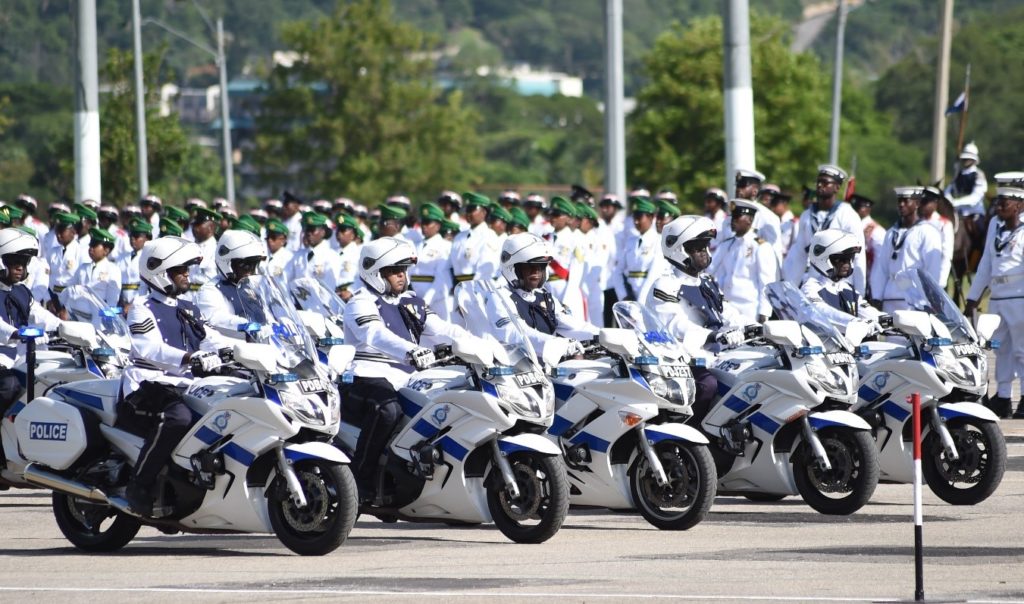 Based on his drawing attention to the phenomenon  that “all of a sudden we were seeing  certain shootings taking place across the east-West Corridor in particular (and also Port of Spain) that were not gang related and were not criminal-activity related”, the Minister said:

Referring to a “sudden spike” in the same kind of killings and shootings in the last 20 days of 2019, the question that came up for the Minister and his team was:

“Who is it that stands to derive the most benefit from sudden spikes in the murder rate and from the narrative of a murder rate that has gone in an upward direction and has broken records and these types of things?” 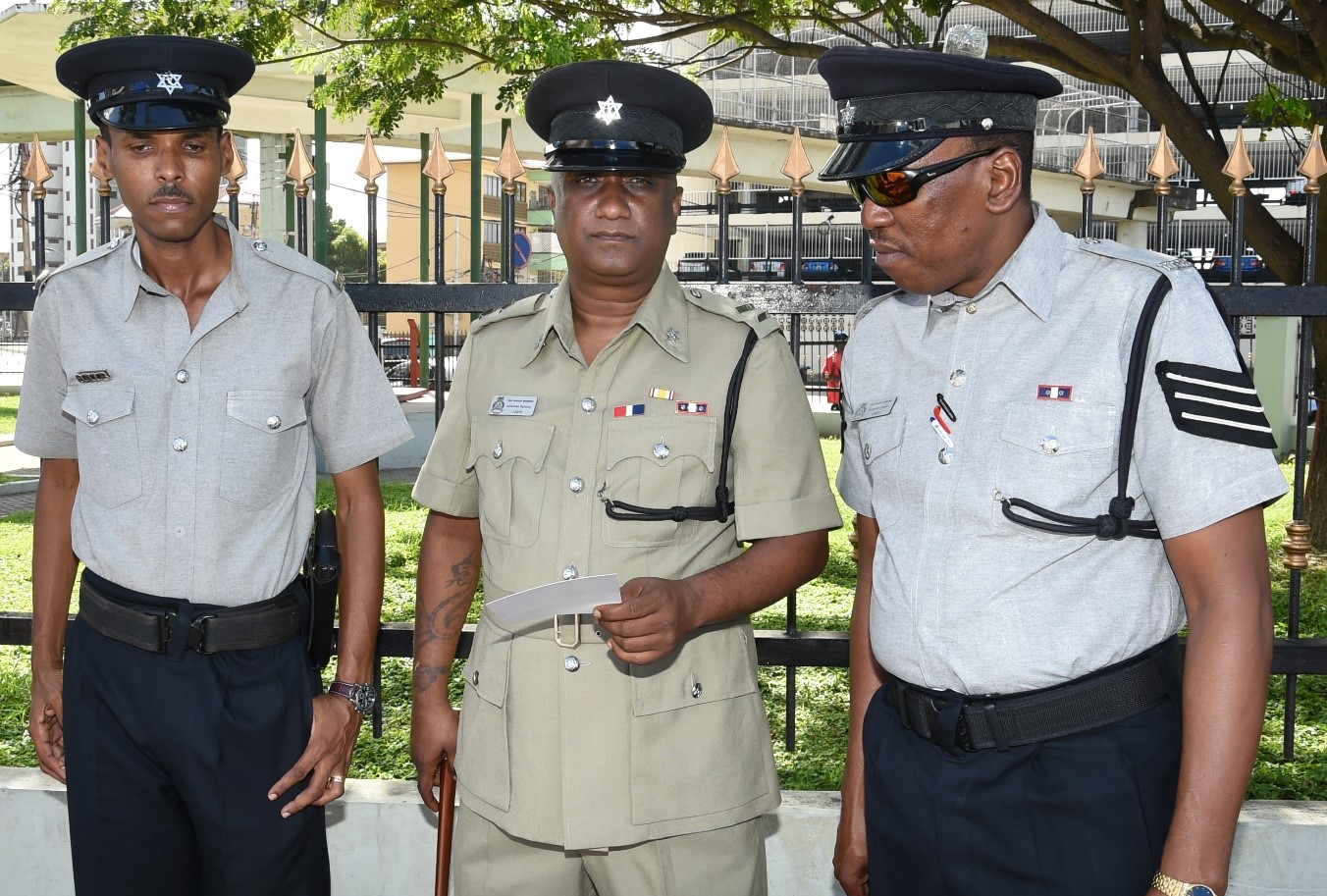 It was in this connection that Young put down “an important marker” that:

“The law enforcement agencies and the intelligence agencies are conducting the necessary investigations and looking into the links  that are taking place between certain persons in our society and the criminal elements, and progress is being made in that direction”.

In response to a query by TV6 Reporter Juhuel Brown  as to “Are you saying that there’s some sort of plot by certain persons involved with criminals to destabilize the country…”, Young replied:

“All I can say at this stage is that certain information  has been provided to me as Minister of National Security and the police are investigating it. There are concerns as to the genesis of certain actions by criminals.”

He added: “When you have sporadic shootings (as opposed to criminal gang behaviour), you must get behind it and understand what might be driving that. Of course, things don’t happen in isolation. There are always reasons. There are always corrections”.

Asked by “Express” reporter Ria Taitt whether there was “a political angle to it”, the Minister replied he was just “putting the marker down” and cautioned that there was more in the proverbial  mortar than the pestle -  ‘and it is currently being investigated”.

In response to the question from Hema Ramkissoon on the “Morning Brew” televison show : “Is the Opposition fuelling crime in this country?”, the National Security Minister replied:

“At the end of the day, that is for the Trinidad and Tobago Police service (TTPS) to come and say. I am not getting into that realm at all. What I can simply say is that those who are fuelling crime in this country are criminals…and there are people in various levels in society…I am not attacking the chambers of commerce, I am not attacking anybody”

Faced with a reference by Ramkissoon about “rumours” of politicians being linked to gang members to get “muscle on the ground” and that these accusations have been made  against both the PNM and UNC, Young replied:

“Yes, we’ve all heard those rumours. I think there is more than rumours out there. I believe that the police should pursue any such conversations”

He added: “I am not suggesting that it has only come up in the last five years or the last ten years…and every time this topic has come up, you always hear what has gone on for many, many years”

Confronted by Ramkissoon that “But you’ve heard it against members of your own (PNM) party, Minister”, Young stressed that he had not made a distinction between the parties.

“We’ve heard this not only in this five years (of PNM-government  stewardship) but in the previous (People’s Partnership five-year period of governance) and before that.

Young, with just about 18 months in the office of Minister of National Security, sought to distance himself from any such behaviour.

Ramkisson pressed on: “Is it (as regards rumours about politicians linking up with criminal elements) against members of the current government, against the Opposition and who’s being investigated?”

The Minister answered: “It is against certain members of Parliament and, again, I will leave it at that because I don’t want to interfere with any police investigation”.

As he takes the fight to his Opposition attackers, Stuart Young’s position  has been strengthened by a comment from  his boss Prime Minister Rowley in a television interview with Elizabeth Williams in Tobago on Sunday (January 19) that he (Rowley)  has confidence in his National Security Minister and did not see any reason why he should be removed.

Young would also have been encouraged by statements of support from the PNM’s Women’s League and Fitzgerald Hinds, Minister in the Ministry of the Attorney General and Legal Affairs, and from Attorney General Farris Al-Rawi. 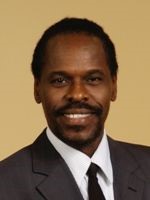 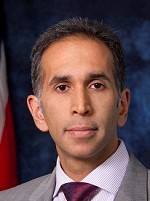 Al Rawi was reported by the “Trinidad Guardian” (January 24) as stating:

With this kind of support and with the assumption of  his own toe-to-toe fighting stance with the Opposition forces, it’s no wonder that  Stuart Young remains standing strong in his resolve to successfully and effectively fulfil his role as head of Trinidad and Tobago’s very complex, most perplexing and extremely difficult Ministry of National Security.

As he said to Hema Ramkissoon: “At the end of the day, I accept that the public needs to focus on somebody, that the public will focus on the Minister of National Security. It is not an easy portfolio but it is not one that I am afraid of or I shirk away from”.

He continued: “The sensible people will know and will see  that what I’ve brought to the office is integrity, morality. I’m certainly not engaging in anything untoward and I’m giving my best effort”

And that is why, according to National Security Minister Stuart Young “the public needs to understand that there is something amiss, something afoot and that is why the police must be allowed to do their work”. 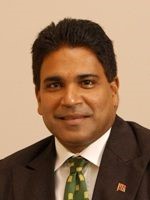 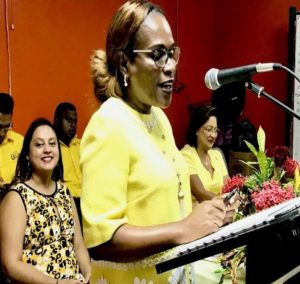 Young has also displayed a great deal of self-assurance and confidence by his aggressively positive response to a call by Oppposition MP Roodilal Mooonilal (Oropouche East)for  him to be summoned by the country’s parliamentary oversight Joint select Committee on National Security to present evidence to support what Moonilal described as the Minister’s  “outlandish and reckless claims”.

He said: “I am ready and prepared to appear before the said Parliamentary Committee and I will provide the committee with the information that has been provided to me by, amongst others, the TTPS in support of my carefully spoken words”.