Looking at the way in which buxom Barbados Prime Minister Mia Mottley has been able  to strut her stuff as an aspirant for the revered  position of UN Secretary General, it would appear that mini states of non-white vintage are finally being listened to y the white “developed” countries of the world.

That and God’s Face!

This is how the people of Trinidad and Tobago would put it in slang.

Even as some countries reel back in shock and awe at the brutal revelations of the kinds of bullying and tugging which their colonial masters are capable of as in the ATD Fourth World COP27 – COP27 Climate Action in Egypt from November 16-18,  the husky-voiced Barbados leader continues to strive for some kind of dignity for her Caribbean and other small states who are receiving a beating of a lifetime for being daft and downright stupid.

Just about one year after dancing, prancing, hugging and giving us High Fives on the Norway stage, these  bandits in jacket and tie have found yet another way to forced  to genuflect in unison and remember who are the real masters on this planet.

It’s the same education which was rammed down our throats and into our empty heads,  that is now being stuck up our nether region so that we produce constipated smiles to hide our embarrassment and shame at being caught one more time with our hands in our own cookie jar.

In the November 16  episode of Morning Edition on TV6 ,respected  Political Analyst Derek Ramsamooj  was interviewed by Fazeer Mohammed where discussions took place around  the future of small island developing states  in relations to COP 27. 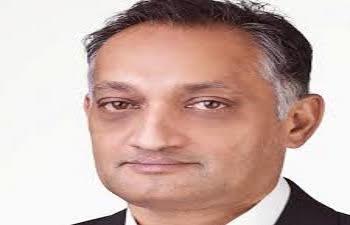 The aim is to have ”solid commitments” by wealthy countries to assist countries that can’t afford to mitigate the devastation climate change has already brought them.

Investor interest in the Caribbean’s undersea oil is accelerating, environmental activism is growing, and the world appears to be moving towards a consensus on climate change. David Jessop suggests this may require a more nuanced future regional narrative.

According to David Jessop, former Managing Director of the Caribbean Council:  “Intensely national in character, environmental protest is on the rise across the Caribbean. From French Guiana, to Suriname, Guyana, Barbados, Antigua, Belize, Jamaica, The Bahamas, Cayman, the Dominican Republic and elsewhere, local groups and eco-friendly coalitions of interest are becoming increasingly vocal and litigious”.

Their concern primarily relates to extractive industries, reflecting the rapid recent rise in external investment in the recovery and search for offshore oil and gas and exploitation of onshore mineral deposits. This year has also seen activists opposing ill-considered mega resorts and beachfront proposals, the development of ecologically sensitive sites, and objecting to potentially reef-damaging investments in new cruise terminals.

Jessop notes that ”Such concerns seem set to grow as governments, faced with the challenge of delivering post COVID economic recovery, find themselves caught between agreeing to projects that will generate new sources of revenue and employment, and making unpopular technical decisions relating to the environmental damage that new investments may cause.”

In the Bahamas, one such decision is causing many citizens to become conflicted over what is best for an island chain that up to now has almost wholly been dependent on tourism.

There, the Bahamas Petroleum Company (BPC), an Isle of Man headquartered company, intends beginning operations this month on its Perseverance#1 well on its deep-water Cooper license, about 90 miles South West of the island of Andros and not far from the country’s maritime border with Cuba.

The decision by the government to allow this is being legally challenged by an umbrella environmental group ‘Our Islands, Our Future’. It is seeking an injunction if the company does not halt its planned activities pending a judicial review of the environmental authorization that allowed it to prospect.

The group argued that the project should be legally halted on the basis that the environmental impact assessment for the project was flawed, and there was a lack of proper consultation. It has also expressed concern about the absence of dialogue with the Bahamian government and has called for transparency in relation to the drilling licenses, BPC’s insurance coverage, and its environmental sensitivity mapping.

In response, BPC has questioned why it has taken so long to bring the legal challenge when its intentions were known earlier this year, arguing that all the necessary precautions required are in place. It also emphasizes that once scientific tests on the exploratory well establish whether oil is present or not, it will be permanently sealed.

In a strongly worded statement, the company’s Chief Executive, Simon Potter, suggested that the activist environmental group was challenging “the sovereign right” of the Bahamian government to determine whether a potentially substantial natural resource exists within its maritime boundaries. He also asserted that “a silent multitude of Bahamians are in favour of knowing whether commercial oil reserves exist in The Bahamas”, noting that a successful discovery could boost government revenues by billions in royalties and create new contracts and employment. Previously BPC has indicated oil in commercial quantities could generate up to US$5bn in revenues over a 10-20-year period.

Paradoxically, the surge in interest in undersea Caribbean oil and gas comes at a time when the world appears to be moving towards binding commitments on reducing the greenhouse gas emissions principally caused by the hydrocarbons now being sought and found across the region. It is also happening when there is a growing consensus that non-renewable forms of energy have a limited future and as many oil majors are diversifying and channeling revenues into sustainable power sources.

It is also happening just as the political environment in relation to global warming is changing.

This convenient turn in the thinking of the world’s energy giants has come like a back-hand slap in the face of small countries such as Trinidad and Tobago who, through the enormous efforts of Prime Minister Dr Keith Rowley, Energy Minister Stuart Young and others, soared by several notches by their in the overarching, mature presentations in Norway last year.

And yet, A few days ago, UN Secretary General Antonio Guterres delivered a speech in which he stressed the urgent need for climate action. Observing in unusually direct terms that “humanity is waging war on nature” he told governments that the UN’s 2030 Sustainable Development Goals and the 2016 Paris climate accord provided solutions but that “global solidarity” was required in “the pivotal period ahead”.

So what more can these already disappointed Caribbean gladiators like Mottley, Rowley, Young

and Bahamas Prime Minister Phillip E. Davis expect in light of this fiasco where their very livelihoods are now at stake?

In this connection, an article in the IMF Blog by Benjamin Carton and Jean-Marc Natal dated

October 5, 2022 pointed out that :” The world must cut greenhouse gas emissions by at least a quarter before the end of this decade to achieve carbon neutrality by 2050. Progress needed toward such a major shift will inevitably impose short-term economic costs, though these are dwarfed by the innumerable long-term benefits of slowing climate change”.

In our latest World Economic Outlook, we estimate the near-term impact of different climate mitigation policies on output and inflation. If the right measures are implemented immediately and phased in over the next eight years, the costs will be small. However, if the transition to renewables is delayed, the costs will be much greater.

To assess the short-term impact of transitioning to renewables, the IMF  developed a model that splits countries into four regions—China, the euro area, the United States, and a block representing the rest of the world. We assume that each region introduces budget-neutral policies that include greenhouse gas taxes, which are increased gradually to achieve a 25 percent reduction in emissions by 2030, combined with transfers to households, subsidies to low-emitting technologies, and labor tax cuts.

“The results show that such a policy package could slow global economic growth by 0.15 percentage point to 0.25 percentage point annually from now until 2030, depending on how quickly regions can wean off fossil fuels for electricity generation.”

The more difficult the transition to clean electricity, the greater the greenhouse gas tax increase or equivalent regulations needed to incentivize change—and the larger the macroeconomic costs in terms of lost output and higher inflation, the IMF warned.

For government leaders like T+T Prime Minister Dr Keith Rowley, Finance Minister Colm Imbert and  Energy Minister Stuart Young who might have  put their political careers on the line by imposing unpopular fuel subsidies and driving the nation up a wall with increasing taxes’ there’s the strong chance that –  as the people say -. Crapaud Smoke Their Pipe

Interestingly, Young is currently  working to fulfill his dreams of vaulting personally  in the ruling PNM (People’s National Movement) and, by extension, in the government and in his country,  by offering himself for the very big post of Chairman in the party’s internal elections at the end of the month.

In the fast-changing scheme of things, such a dream can easily explode  into a nightmare of such frightening proportions that the next time he appears on a PNM stage as he did in Siparia recently, this knight in shining armour may want to think twice before telling his opponents to Rock So!

And that’s why an entire nation awaits with bated breath – as if on the edge of their seats longing to see the next Carnival 2023 band cross the Savannah stage – to Leaders in  Service will maneuver  themselves out of this Climate Change monkey pants which – combined with a shaky economy,

a jittery people and a leader who sometimes talks as if he doesn’t know whether he’s coming or going – will have  to access  every creative device in  that big bag of tricks they  gathered together through the past difficult learning years.